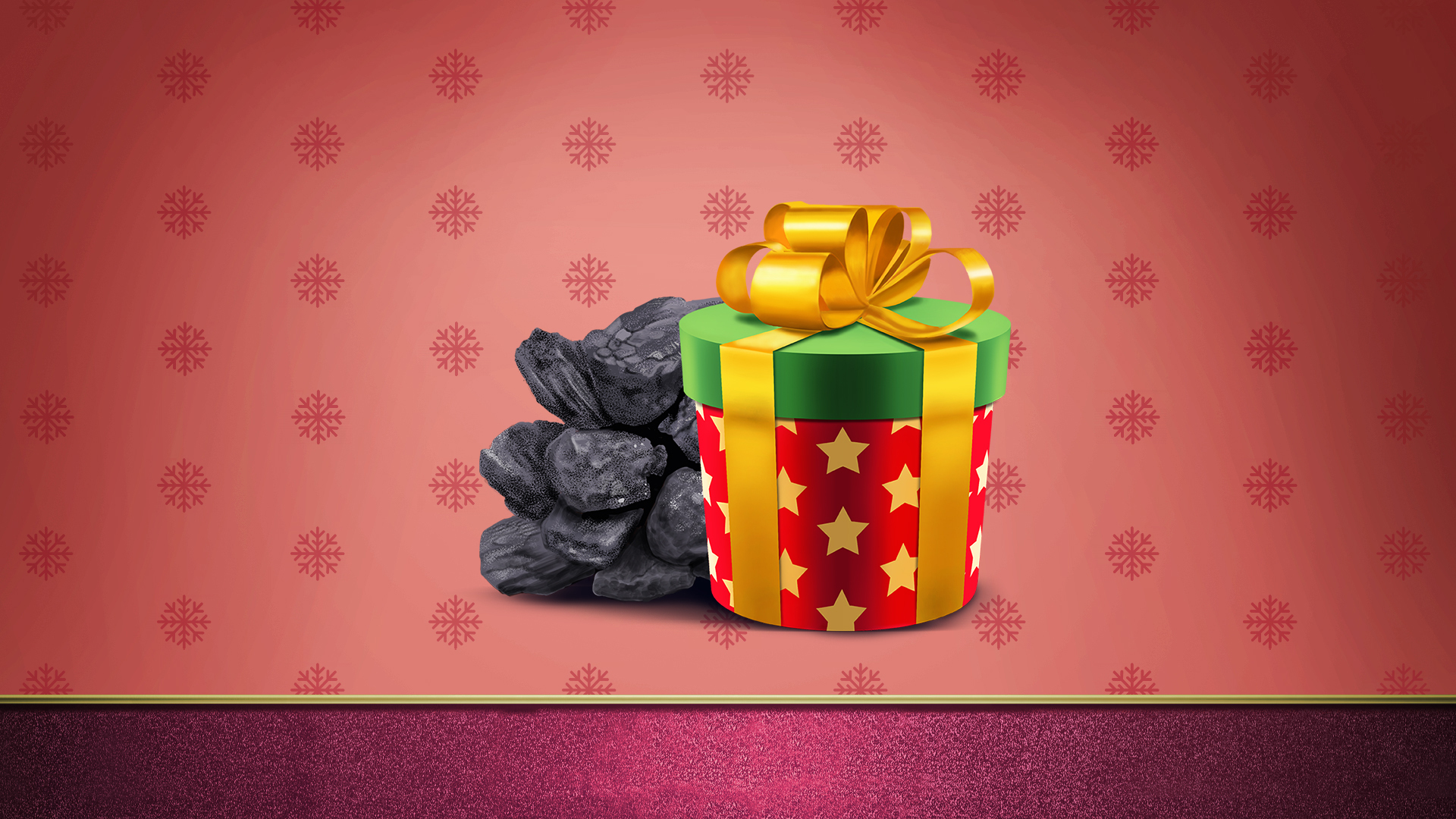 By Gaming Corps December 1, 2021 No Comments

That’s right. You heard it. The least charming resident of the North Pole, our very own Angry Elf, is at it again! This time Nathan-Yell is heading up Christmas Miner, a modern crypto inspired Mine Game, and all gloves are off!

It was last Christmas that after exactly 294 years of bad attitude, drinking on the job and swearing that Nathan-Yell was fired. Since then, he has lurked around the North Pole causing mischief. In a show of true benevolence, Santa recently hired Nathan-Yell back for a trial period, giving him a job in the post office. But let’s face it, we all know that was a bad decision.

Instead of sorting the incoming letters from rosy-cheeked children around the world, Nathan-Yell is doing everything but work. He played indoor tennis and broke a windowpane. He challenged himself to a cupcake eating contest and smeared all the letters from an entire Croatian village in frosting. He spent the better part of a week writing “Fungus cream” on wish lists from children whose names start with the letter S. But mostly he is bored to no end and sits on the floor, drink black coffee spiked with rum and play games.

Nathan-Yell naturally hates all games but the ones he dislikes the least are classic minesweeper games where (in his own words, we do apologise) “things can get blown up”. And not that he is in any way partial to Christmas, but he is particularly fond of one modern mine game that looks like a pretty advent calendar from which you can either get a present or a lump of coal. You know, like children get in their Christmas stockings. Perhaps there is some shred of sentimentality in that bitter, angry excuse of an elf after all.

We strongly advice against flaking on the job or playing indoor tennis after drinking spiked coffee. In fact, we really caution against everything that Nathan-Yell does. But when you are in a festive and playful mood, you might consider trying out his favourite Christmas Mine game. You might just end up with a pile of presents and wouldn’t that be lovely? A little something to balance out the wet blanket over our holiday cheer that is Nathan-Yell, regrettably back in our lives once again this Christmas season.

Christmas Miner is a festive, modern Mine Game inspired by crypto currency game functionality and classic minesweeper games. The game is played on a 5×5 grid hiding either presents or lumps of coal. Available with select operators starting December 1st. 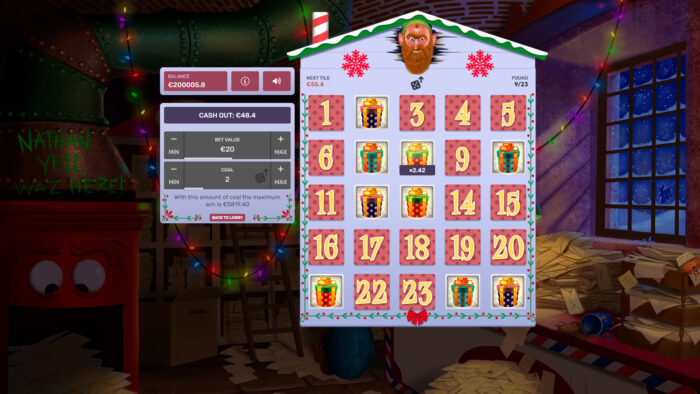