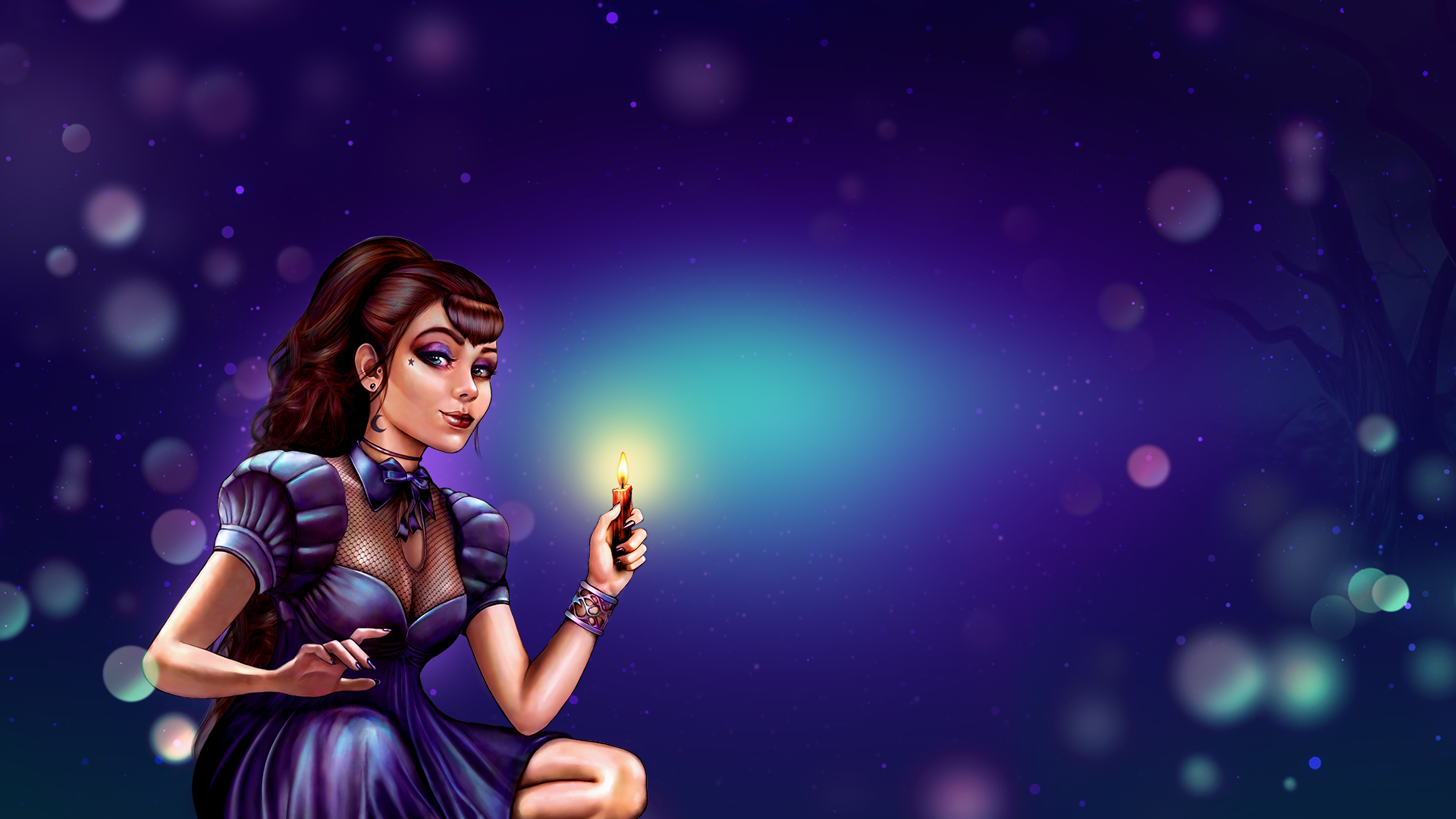 Beware! Clumsy Witch is here! It is with great pleasure we announce that as of today, our resident charmstress Ophelia, her ferocious cat Fury and all her magical ingredients and objects have taken permanent residence with our Gaming Corps affiliated operators. That’s right, the punk rock Pippi Longstocking of the witchcraft world has arrived!

There is no way to sugar-coat it so we will tell it to you straight: the powerful sorceress Ophelia is a witch school dropout. In the world of witchcraft there are rules to follow and every little young talent is groomed, Ophelia however, not so much. We do need to give her some credit though. Ophelia did try witch school, but when on the same day someone called her cat Furry and a teacher insisted on her using a standard size wand, our magical lady snapped. So she took to the woods and has not been rolling according to any rules since. And for the most part this has worked out just fine – she is one powerful, down-right bad ass witch! But being a rebel comes with a cost. Sometimes Ophelia’s unorthodox methods result in mistakes and accidents, luckily however that works in our favour.

Clumsy Witch is a quirky, magical video slot on a 4×5 grid with 20 paylines. Ophelia may consider wands beneath her, but she has a Magic Sphere and trust us, it is so much better. Keep a look out for the Sphere, the Witch’s Hat and the Witch’s Boots as they are the highest paying symbols on the grid. Ophelia’s own Book of Spells (not for commercial use) is a wild which enables more possible winning combinations. Fury the Cat, or as he likes to call himself – His Eminence Fury Rex Balthazar the Third, is not Ophelia’s only male companion. After a particularly nasty row with a prissy Fairy Godmother about the optimal use of pumpkins, Ophelia conjured up her fiery friend Diabolic Don. Don would never turn into a golden chariot for you, forget it, but three of his grinning faces on the reels will give you free spins and trigger the free spin mode. Take that Cinderella!

In her little shack in the woods, Ophelia keeps a number of exciting and disgusting ingredients for her potions which she sells at exorbitant prices. When clients don’t pay enough, Fury the cat (who we have to admit is a bit of a megalomaniac) scowls so badly at the poor peasants that they can’t sleep for months. When the ingredients appear on the reels they drop into the cauldron and cause the cauldron progress bar to start filling up. When the bar is full, the cauldron moves one level up, and then the bar resets again. So far, still safe. But beware! When the cauldron progress bar reaches level 5 the cauldron explodes! Eventually, taking no witch classes comes back to bite you… When the cauldron explodes it triggers Spell Mode, a magical irregular cross between a bonus game and a free spin mode and a treasure hunt horror movie all wrapped up in one. Free spins are awarded and when Sticky Goo wilds appear, they hang on to create even more magical combinations. As exciting as Spell Mode is however, we are obligated to inform you that umbrellas and hats are recommended as slimy potion and goo may very likely be flung, well, everywhere.

Ophelia would never resort to something so basic and bourgeoisie as wearing a handbag. But a lady does need her stuff kept somewhere, even rebel witch ladies living in forests. So Ophelia has a Magic Pouch, and when it lands on the reels, this triggers the special prize mode. Congratulations, you get to experience its magical contents! Upon landing, the pouch reveals five tokens that are then flipped and shuffled. Ophelia will grant you the choice of one token which will contain a magical prize of either multipliers, free spins or an added level on the cauldron progress bar. When the pouch lands in Spell Mode it can also include shifting or expanding sticky wilds.

Scary as it may be, entering the charmed woods of the Clumsy Witch can be very exciting for those who are brave enough. Find your inner rebel and we’ll see you by the smoke of the cauldron!

Clumsy Witch has today been made available to all Gaming Corps affiliated operators. 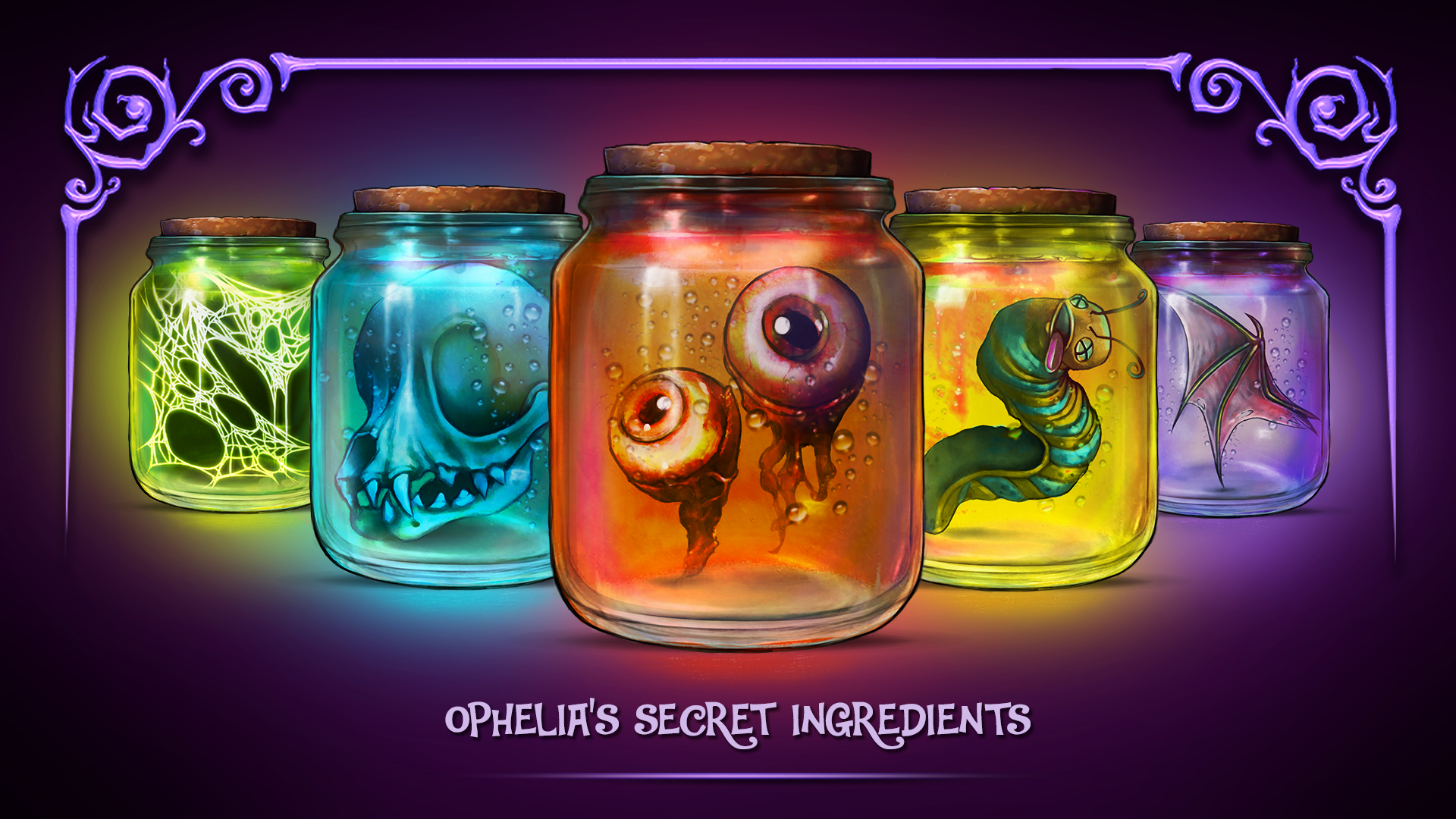