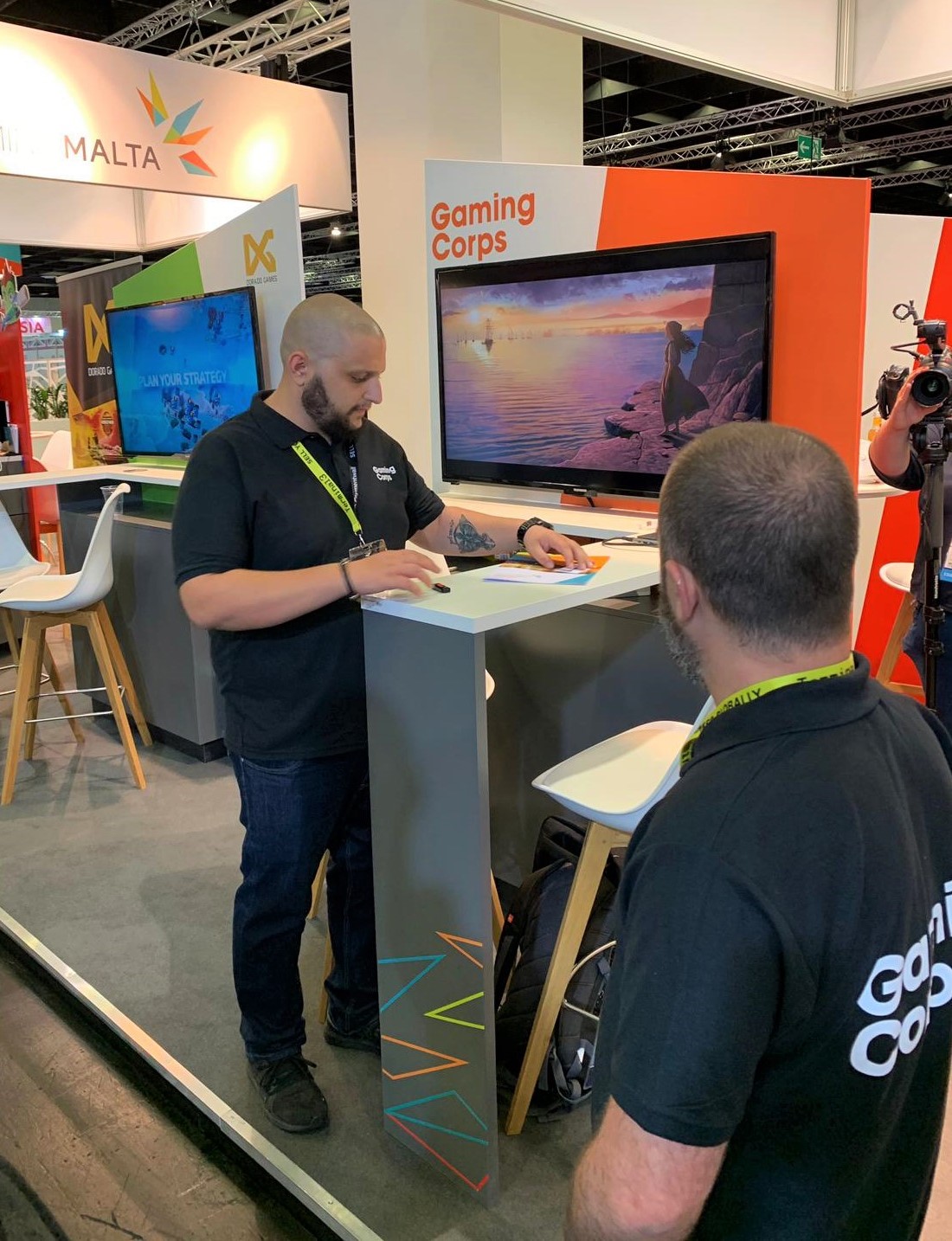 Last week Gaming Corps exhibited at Gamescom, the worlds’ largest trade fair for computer games. Upon the conclusion of the fair the team reported on the events of the week to the board.

Gaming Corps was part of the GamingMalta exhibition and had a small both with a screen. The team representing Gaming Corps received many visitors and were given the opportunity to present the Company in a positive way. The screen showed a compilation of some of Gaming Corps current projects: Oh Frog, Katrina 1565 Siege of Malta and Project Intelligence, the latter in cooperation with Chimney. The showreel is available here: 2019 Gamescom showreel

Oh Frog, the newly acquired adventure puzzle game, was the topic of discussion with several publishers which gave the team some good input for the coming fall and the work ahead. Based on these discussions, Asia came across as a suitable primary market for Oh Frog which is planned to be launched during Q1 2020, or if possible, earlier to enable a launch before Christmas 2019.

Project Intelligence is the name of Gaming Corps cooperation with Chimney where the goal is to establish a presence on the market for narrative, interactive entertainment. The demo which has been shown to potential streaming partners was part of the show reel and inspired, among other things, several interesting discussions about Unity as a platform for game development. Over the past couple of months, Gaming Corps has recruited creative team members experienced in Unity, something the management team thinks will prove to be valuable. Chimney is in charge of sales for Project Intelligence and the sales process is still in an early stage.

Gaming Corps newest project, Katrina 1565 – Siege of Malta was presented in the show reel with a first glimpse of the concept, and this too inspired many relevant discussions, especially with organizations and companies based in Malta. The project garnered a lot of interest and Gaming Corps was asked to invite a couple of representatives to our Malta studio in the fall, and meetings were scheduled with, among others, representatives of Malta Enterprise, the innovation and economic development agency of the state of Malta. The Gaming Corps team is grateful for all the input given and takes home a lot of ideas and suggestions on how to produce and finance the project.